I was invited to strongwoman competition in Norway, Stokke 27th and 28th June beside other Europes strongest women.

First event plane pull was 27th evening at Oslo Torp airport. That aeroplane was 19 000 kg and we had to pull it with harness and rope 17 metres. It was not so heavy as I assumed it to be, actually too easy. I came second in this event.

In second competition day we had medley farmers 2 x 95kg and 315kg tyre flip two times. I won this event. Then we had weight for hight. It was ok and came second. Next event were medley, loading and drag was not so good for me, I was third. Last event 5 atlas stones to 107cm stage. Stones were 50-112kg. It was well done of me and was second. 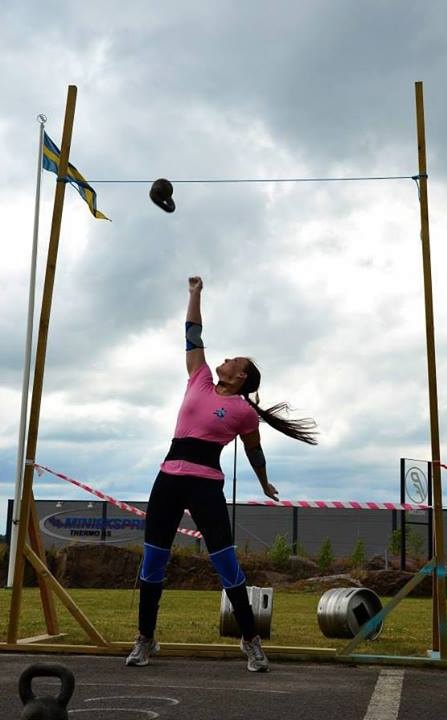 More photos are available on my site www.facebook.com/niina.jumppanen/photos and http://christinasundby.blogspot.fi/2014/06/fasinerede-sterke-damer.html